Don’t miss Mr. Martinez Spanish classes’ arts integration projects currently on display at the high school.  Piñatas have been the research project for the past month and students have created some incredible traditional and contemporary versions using customary papier-mâché methods and materials. Just take a look! 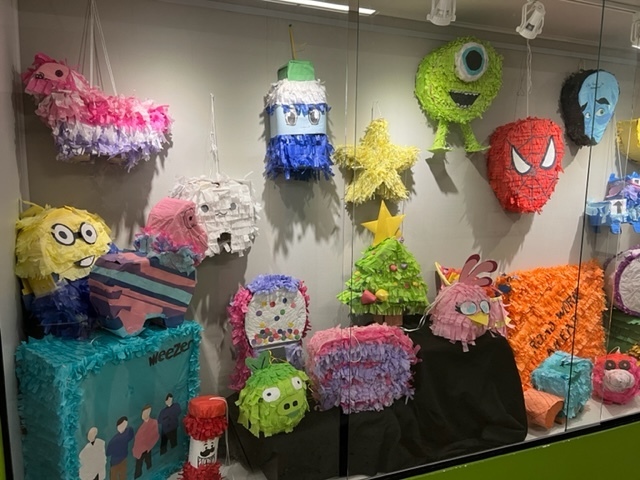 Share a conversation with one of the Spanish students and you will be surprised to learn that the piñata originated in China! Venetian merchant and explorer, Marco Polo, describes this New Year custom from one of his travels to Asia. Paper covered vessels created in the shapes of cows and oxen were filled with seeds and then broken with sticks. Remnants were burned and the ashes gathered to bring luck in the coming year. 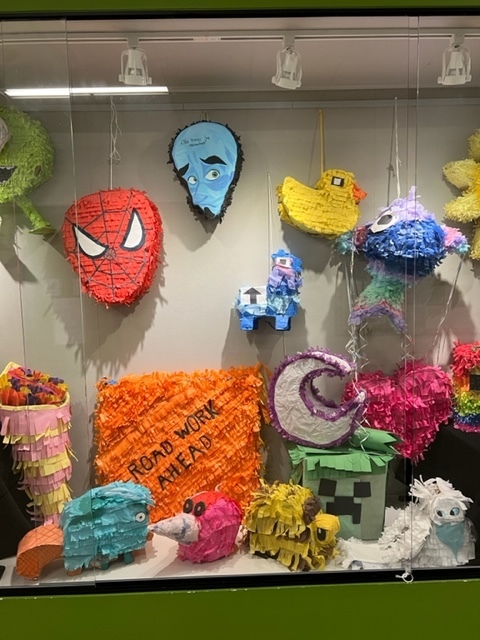 During the 14th century the tradition was imported to Italy, where the contemporary word for piñata comes from (‘pignatta’ in Italian means “fragile pot”). Clay vessels replaced the paper vessels and the tradition became associated with the Christian observance of Lent. Spanish missionaries brought the tradition to the Americas during the 15th century, where, ironically, the Mexica people of Mesoamerica practiced a similar tradition that honored the Aztec deity Huitzilopochtli.

Today piñata have also become popular in Mexican-American and other Hispanic and Latino communities in the United States, as well as non-Hispanic populations. They are used in birthday parties, Christmas, quinceañeras and Cinco de Mayo celebrations. Mr. Martinez classes will finalize their piñatas with a “breaking” ceremony later this month. 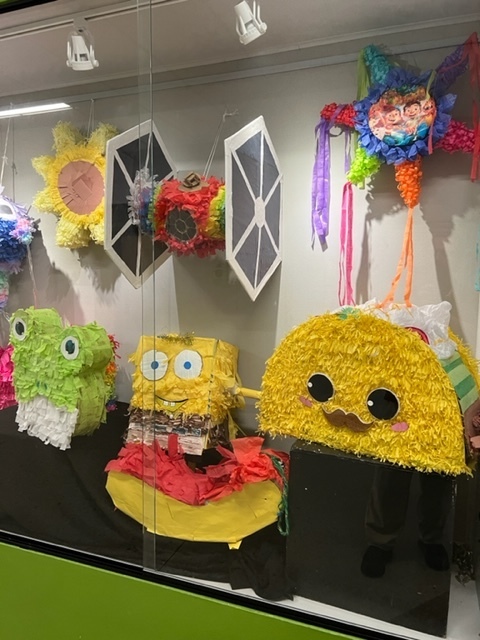 Cinco de Mayo is a holiday celebrated in Mexico and the United States commemorating the victory of the Mexican army over the French in the Battle of Puebla, in 1862. In Mexico, the holiday is celebrated with food, dancing, and customs.